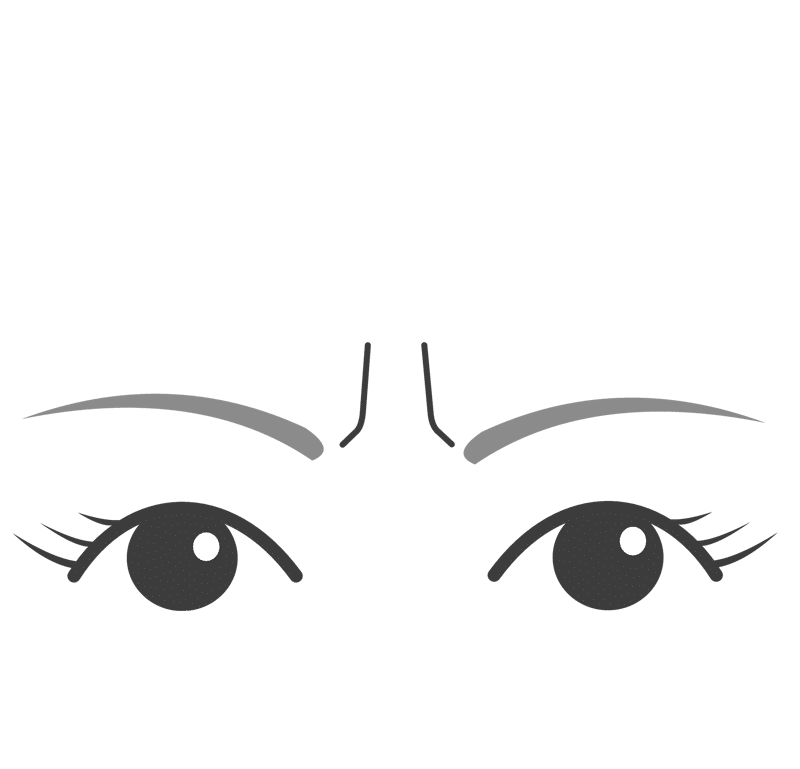 Vertical frown lines between the eyebrows causing a stern appearance.

Glabella lines are the short vertical lines found between the eyebrows and extending up the central forehead for a centimetre or so. They are often the first wrinkles to appear on the forehead even as early as the mid 20’s. They make the person look older and slightly angry.

Initially glabella lines are intermittent, only apparent when the person frowns. These are called dynamic lines. With time the glabella lines gradually become deepened and more permanent so that there is always a static element present. Glabella lines are created by the dynamic action of the underlying muscles, the corrugator supercilliaris, the procerus and the depressor superciliis. When these muscles are well developed they pull the central ends of the eyebrows inwards and a downwards, causing the furrows.

When you choose our service, you are confident that you are receiving the very best and latest of treatments. Patient safety is our number one priority.

Recieve our latest news straight to your inbox